To optimize all manufacturing functions, we conduct a full DFM review before transitioning into production. Our agile approach to product development and manufacturing assures that our clients receive the best cost at the quickest turnaround.

What is a Loudspeaker Enclosure?

The common types of enclosures are sealed, ported and leaky.

The sealed or closed box enclosure (Fig. 1) is perhaps the most common type and is one where the loudspeaker is mounted to one surface of the enclosure. At some location in the box a slow air leak is introduced to prevent changes in atmospheric pressure from displacing the neutral position of the diaphragm.

A leaky enclosure behaves like a ported enclosure, but with substantially more port resistance when considering the equivalent electro-acoustic circuit. A type of leaky enclosure is shown in Fig. 3 and as can be seen the loudspeaker would not be in its own sealed or ported acoustic cavity or enclosure. In other words such enclosure can be formed by the two halves of the product rather than a dedicated enclosure. 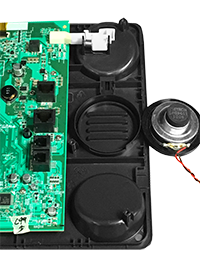 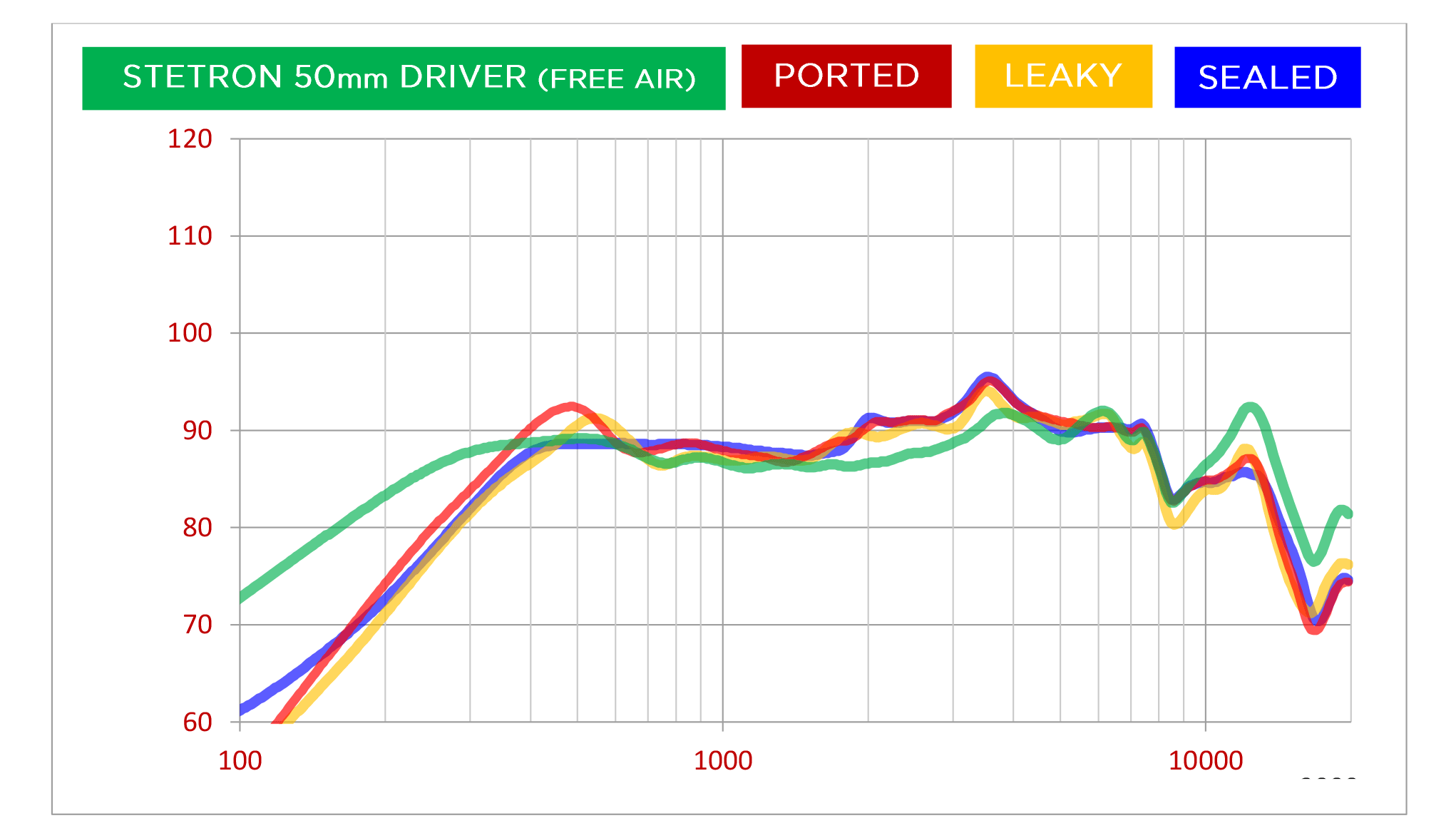 It is clear from the experiment that for the exact same 50 mm loudspeaker driver, depending on the enclosure used the frequency response will be different. If the desired goal is to have a flatter frequency response the experiment shows sealed enclosure would be preferred. If the acoustic engineer needs to have enhanced bass extension the experiment shows the ported enclosure will satisfy this requirement. As with anything engineering, there are also trade-offs to using a certain type of loudspeaker enclosure. We summarize some of the pros and cons below.

Since the type of enclosure impacts the performance of the acoustic system, Stetron’s audio engineers are available to guide you through the process of determining loudspeaker enclosure type.