Back-up alarms, also known as back up beepers, are used in vehicles with an obstructed rear view to help warn passers-by when the vehicles are moving backward. The first back-up alarm was invented and manufactured by a Japanese company called Yamaguchi Electric in 1963. Although today, there is not an international standard for back-up alarms, most countries now have workplace safety and health regulations that require audible alarms on motor vehicle equipment. The alarms must be distinguishable from the surrounding noise level and equipped on motor vehicles that have a limited rear view, such as heavy trucks, construction vehicles‚ forklifts and many other applications.

Conventional back-up alarms usually produce a pure tone known as the “beep-beep” signal. This is mainly because a single frequency sound is easily detected under noisy conditions and not easily attenuated during transmission. From a perception point of view, it also conveys a higher level of emergency than other type of signals with the same loudness. To be heard over various background noises, typically the alarm signal volume would be 97-112 decibels. However, considering the long-term hearing loss limit of 80 decibels, some people have questioned if such a volume is safe enough for the workers nearby. Furthermore, because of the long-distance travel capability, the beep signal could still be heard far away from the danger zone, so it becomes the top complained about noise pollution source in many cities.

Overall each type of signal has its pros and cons. It is suggested to choose suitable backup alarm products according to the real environmental conditions. 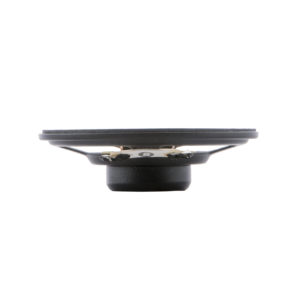 Stetron has speakers for backup alarm products both with tonal signal and broadband signal. Contact us today for more detail information.